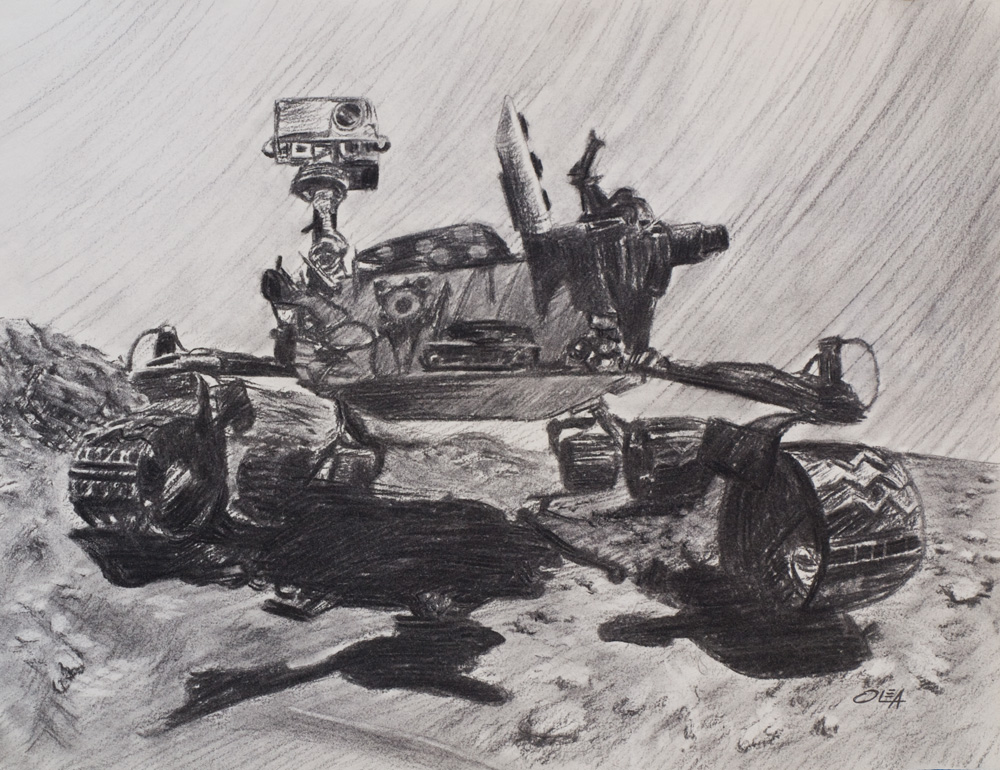 A Mars rover is a motor vehicle that travels across the surface of the planet Mars upon arrival. Rovers have several advantages over stationary landers: they examine more territory, they can be directed to interesting features, they can place themselves in sunny positions to weather winter months, and they can advance the knowledge of how to perform very remote robotic vehicle control.

As of February 2021, there have been five successful robotically operated Mars rovers, all managed by the Jet Propulsion Laboratory: Sojourner, Opportunity, Spirit, Curiosity, and Perseverance. On January 24, 2016, NASA reported that current studies on Mars by Curiosity and Opportunity (the latter now defunct) would be searching for evidence of ancient life, including a biosphere based on autotrophic, chemotrophic or chemolithoautotrophic microorganisms, as well as ancient water, including fluvio-lacustrine environments (plains related to ancient rivers or lakes) that may have been habitable.[2][3][4][5][6] The search for evidence of habitability, taphonomy (related to fossils), and organic carbon on Mars is now a primary NASA objective.[2]

Mars 2 and Mars 3 were physically tethered probes; Sojourner was dependent on the Mars Pathfinder base station for communication with Earth; Opportunity, Spirit and Curiosity were on their own. As of April 2021, Curiosity is still active, while Spirit, Opportunity, and Sojourner completed their missions before losing contact. On February 18, 2021, Perseverance, the newest Mars rover, successfully landed. Source: Wikipedia