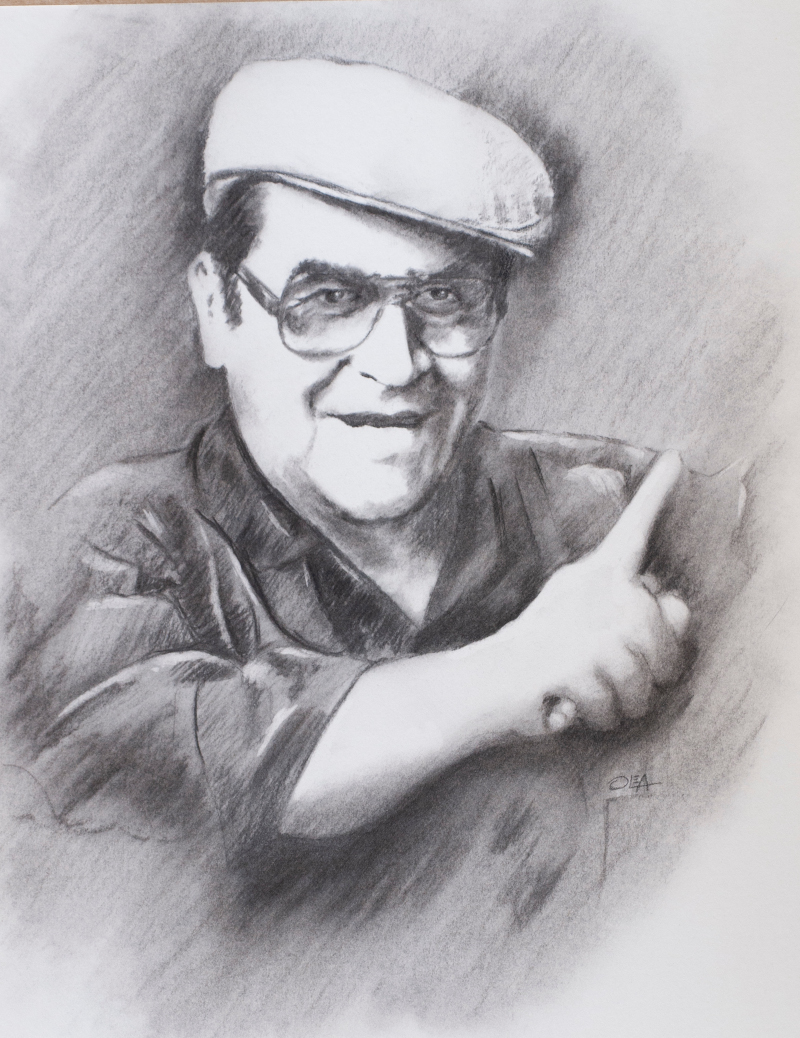 In memory of the beloved teacher Jaime Escalante, this portrait in charcoal.

Jaime Alfonso Escalante Gutiérrez (December 31, 1930 – March 30, 2010) was a Bolivian-American educator known for teaching students calculus from 1974 to 1991 at Garfield High School in East Los Angeles. Escalante was the subject of the 1988 film Stand and Deliver, in which he is portrayed by Edward James Olmos.

Escalante taught mathematics and physics for 12 years in Bolivia before he immigrated to the United States.[4] He worked various jobs while teaching himself English and earning another college degree before eventually returning to the classroom as an educator.[5]

In 1974, he began to teach at Garfield High School. Escalante eventually changed his mind about returning to work when he found 12 students willing to take an algebra class.[6]

Shortly after Escalante came to Garfield High School, its accreditation became threatened. Instead of gearing classes to poorly performing students, Escalante offered AP Calculus. He had already earned the criticism of an administrator, who disapproved of his requiring the students to answer a homework question before being allowed into the classroom. “He told me to just get them inside,” Escalante reported, “but I said, there is no teaching, no learning going on.”[7]

Determined to change the status quo, Escalante persuaded a few students that they could control their futures with the right education. He promised them that they could get jobs in engineering, electronics, and computers if they would learn math: “I’ll teach you math and that’s your language. With that, you’re going to make it. You’re going to college and sit in the first row, not the back because you’re going to know more than anybody.”[8]