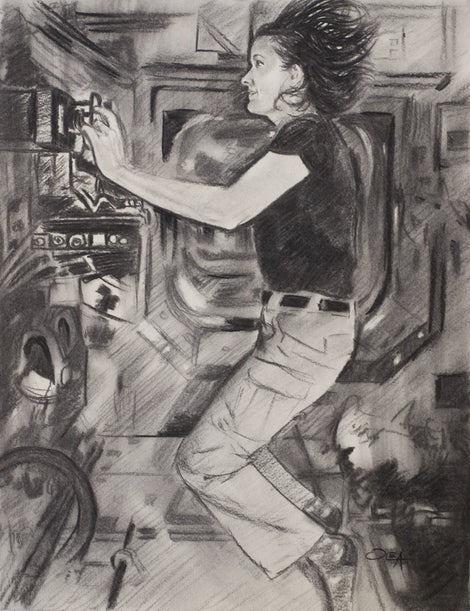 Katherine Megan McArthur (born August 30, 1971) is an American oceanographer, engineer, and a National Aeronautics and Space Administration (NASA) astronaut. She has served as a Capsule Communicator (CAPCOM) for both the space shuttle and space station. Megan McArthur has flown one space shuttle mission, STS-125 and one SpaceX mission, SpaceX Crew-2 on Crew Dragon Endeavour. She is known as the last person to be hands on with the Hubble Space Telescope via the Canadarm. McArthur has served in a number of positions including working in the Shuttle Avionics Laboratory (SAIL). She is married to fellow astronaut Robert L. Behnken.[1]

Selected as a mission specialist by NASA in July 2000, McArthur reported for training in August 2000.[2] She trained at the Carter training facility. Following the completion of two years of training and evaluation, she was assigned to the Astronaut Office Shuttle Operations Branch working technical issues on shuttle systems in the Shuttle Avionics Integration Laboratory (SAIL). McArthur then served as the Crew Support Astronaut for the Expedition 9 Crew during their six-month mission aboard the International Space Station. She also worked in the Space Station and Space Shuttle Mission Control Centers as a Capsule Communicator (CAPCOM). In 2006, McArthur was the capsule communicator (capcom) for STS-116. She was also the EVA capcom for the STS-117 mission in 2007.

Megan McArthur was a member of the STS-125 mission to service the Hubble Space Telescope. McArthur was the ascent and entry flight engineer and was the lead robotics crew member for the mission. The mission which lasted almost 13 days[2] was McArthur’s first trip into space. In a pre-flight interview, she put it as: “I’ll be the last one with hands on the Hubble Space Telescope.”[3]

In 2019, McArthur was appointed Deputy Chief of the Astronaut Office.

In July 2020, NASA announced that McArthur will fly into space for the second time on SpaceX Crew-2, along with NASA astronaut Shane Kimbrough, JAXA astronaut Akihiko Hoshide, and ESA astronaut Thomas Pesquet.[4][5][6] She is using the same seat inside the SpaceX Crew Dragon capsule Endeavour which her husband, Bob Behnken used in SpaceX Demo-2, the first mission of the Endeavour capsule.[7]Megan McArthur just before Crew-2, seen using the same seat that Bob Behnken used in the SpaceX Crew Demo-2 mission

Crew-2 launched and docked with the ISS in April 2021, beginning their 6 month mission.