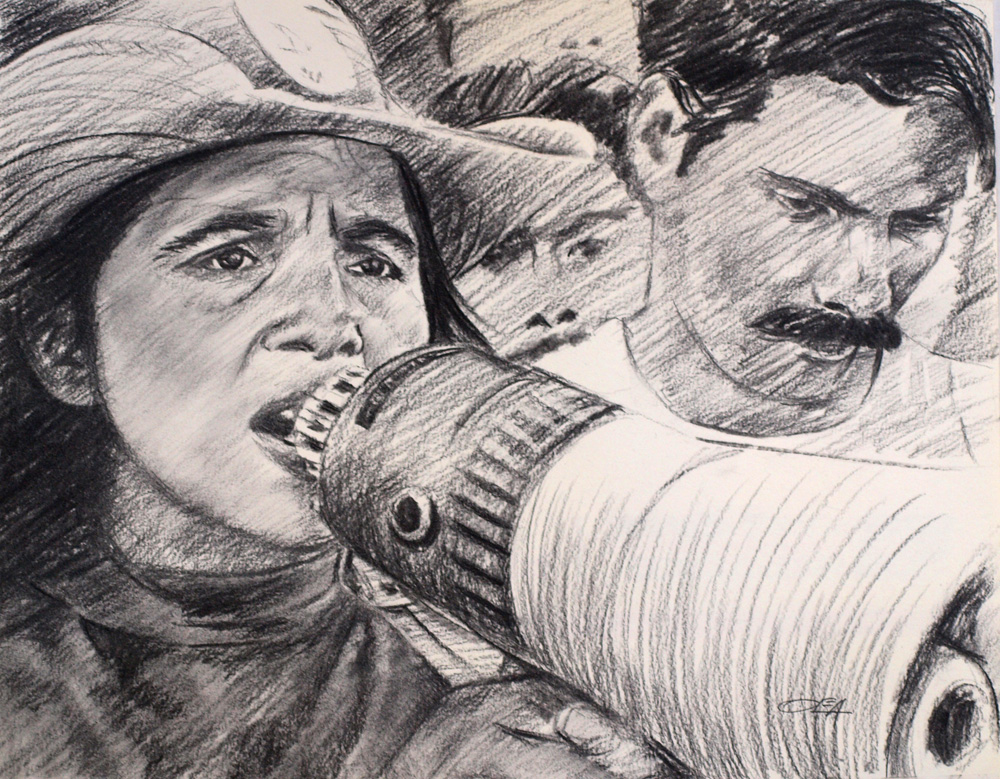 Dolores Clara Fernández Huerta (born April 10, 1930) is an American labor leader and civil rights activist who, with Cesar Chavez, is a co-founder of the National Farmworkers Association, which later merged with the Agricultural Workers Organizing Committee to become the United Farm Workers (UFW).[1] Huerta helped organize the Delano grape strike in 1965 in California and was the lead negotiator in the workers’ contract that was created after the strike.[2]

Huerta has received numerous awards for her community service and advocacy for workers’, immigrants’, and women’s rights, including the Eugene V. Debs Foundation Outstanding American Award, the United States Presidential Eleanor Roosevelt Award for Human Rights[3] and the Presidential Medal of Freedom.[4] She was the first Latina inducted into the National Women’s Hall of Fame, in 1993.[5][6]

Huerta is the originator of the phrase, “Sí, se puede“.[7] As a role model to many in the Latino community, Huerta is the subject of many corridos (Mexican or Mexican-American ballads) and murals.[8]